Born in India, Sushma is a writer/director based in New York City. She was listed as one of "25 New Faces of Independent Film '' by Filmmaker Magazine in 2021. Her short film Anita premiered at Venice in 2020 and went on to screen at over 50 international festivals, winning several awards. Sushma’s work has been featured on NPR, BOMB Magazine, Focus Features Digital, Jet Blue Airlines and Canal Plus, among others.

Her debut feature, Salt, is a recipient of SFFilm's Westridge Grant. The script also participated in Film Independent's Fast Track 2022, Gotham Week 2021 and Torino Next Lab in 2020. She is currently in post-production for her latest short, a queer drama set in Mumbai, titled Places I've Called My Own.

Along with her filmmaking practice, Sushma is an educator. She has taught filmmakers at Columbia University, VCU Arts as well as the Sundance Collab. 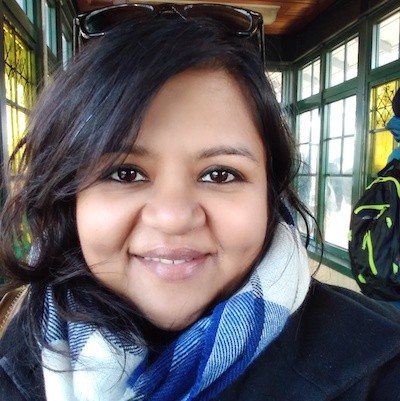