Alice O’Neill is a New York-based screenwriter. She wrote for Billions on Showtime for three seasons, and has created and developed series for ABC Signature, Freeform, and Paramount Television. Recent film projects include Twist of Fate for Sony Pictures (dir. Stephen Chbosky), Shoot Like a Girl for Sony/Tristar (based on the war memoir by MJ Hegar), and The Overdue Life of Amy Byler for No Trace Camping Productions. Her original script The Stevedore is in development at Miramax, and Buttercup, which was featured on the Blacklist, is in development at Groundswell Productions. As a playwright, she’s had work produced at theaters in Manhattan and elsewhere: New Georges, Ars Nova, Backhouse, Bank Street Theater, Naked Angels, The Culture Project, Dixon Place, and The American Living Room Festival at HERE. Alice also serves as a mentor for the Writers’ Guild Initiative. 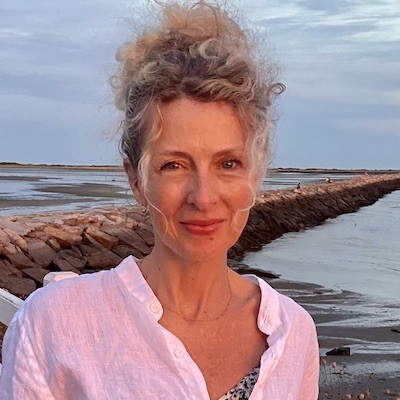