Corinna May is a Designated Linklater Voice Method Teacher and a Feldenkrais Method practitioner, one of a dozen people in the world holding both certifications.

She is a longtime member of Shakespeare & Company in Lenox, MA. There she met Kristin Linklater, Professor Emerita of Columbia University, one of the most recognized names in the field of voice production for actors. Ms. May was Designated as a Linklater teacher in 2003.

A professional actress for over 30 years, Ms. May starred in the award-winning indie feature Split Ends, directed by Dorothy Lyman, and spent two years in the Broadway tour of The Graduate. She recently played Nancy in Seascape at Berkshire Theatre Group, and won two 2021-22 Berkshire Theatre Critics Awards (“Berkies”): for Shirley Valentine, and Things I Know To Be True. Shakespeare & Company: 40 + productions including A Winter’s Tale, Twelfth Night, The Memory of Water, Enchanted April, Betrayal, A Midsummer Night’s Dream, Macbeth, and many more. Lots of regional theater. Eight seasons with Berkshire Theatre Group. TV: House of Cards; Unforgettable; Law & Order. PBS: Evening at the Pops. Playwright: Dancing With The Czar produced by Ventfort Hall, a Gilded Age mansion in Lenox, MA. 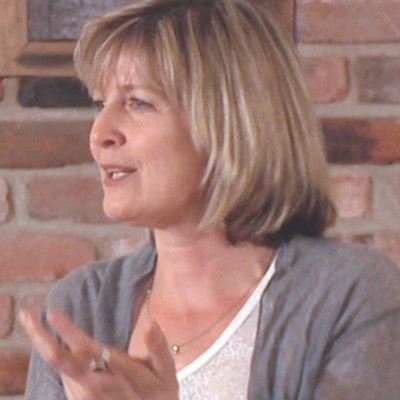