Mr. Sayed Ahmad Shakib Mousavi is a director, producer and actor of cinema and a professor in the Cinema Department of the Faculty of Fine Arts of Kabul University, where he taught the movie production and TV production and direction.

He is the founder and president of the association (Afghanistan Cinema House) which has unity and harmony among Afghan cinematographers.

He has produced television programs and television documentary series in several domestic television channels in Afghanistan. Also, He was the assistant director and producer of several TV series, including Between Me and You and The Third Line and the producer of the movie A Letter to the President directed by Roya Sadat.

Mr. Mousavi has more than 15 years of experience in the field of cinema and media in Afghanistan. By teaching and working in various organizations, he had an effective impact on the progress and development of Afghan cinema and art. 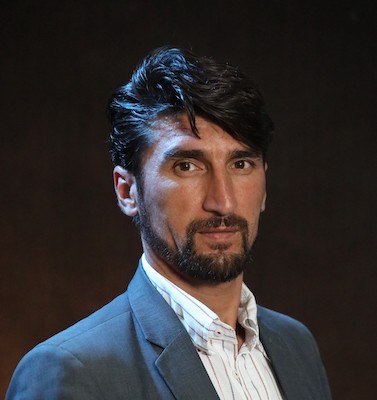 Staff Associate in Film
Spring 2023
Back to Top