Kate Greene is a writer and former laser physicist whose poetry and prose have appeared in Aeon, The Atlantic, Discover, The Economist, Harvard Review, The New Yorker, Pacific Standard, Slate, and WIRED, and others. Her essays have been featured on NPR’s All Things Considered and Wait Wait…Don’t Tell Me!, CBS News Radio, and the BBC World Service. She has taught writing at Vanderbilt University, San Francisco State University, the Tennessee Prison for Women, and at Columbia University as a teaching fellow. In 2013, Greene was the crew writer and second-in-command on a four-month simulated Mars mission for the NASA-funded HI-SEAS project. Her memoir in essays based on the experience, Once Upon a Time I Lived on Mars, was published by St. Martin’s Press in 2020. She lives in New York City

Once Upon a Time I Lived on Mars by alumna Kate Greene ’20 is a memoir about Greene’s time living in the Hawaii Space Exploration Analog and Simulation (HI-SEAS), a long-duration Mars exploration analog study run by the University of Hawaii and funded by NASA. 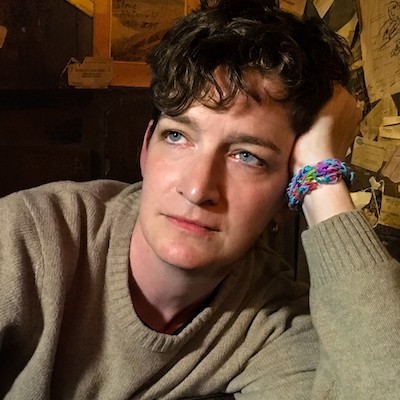